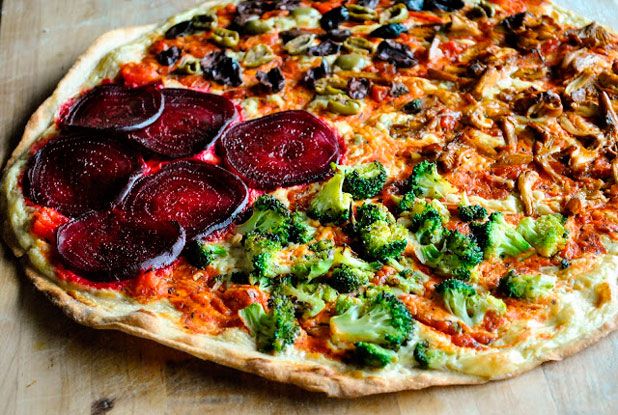 It’s not unusual for many recipes to have a vegan variation. While it’s true there are many options without any meat, there are people who like to get creative and reinvent the already existent recipes, creating a new delicious option that’s likely to be enjoyed by those who prefer vegetables over meat. One example is this recipe, the Quattro Stagioni — or as it’s perhaps more widely known: the Four Seasons pizza.

It keeps the main characteristic that made the Quattro Stagioni so known: the four large portions with different toppings in each one, and to achieve it, you’ll use ingredients that aren’t commonly used in pizzas, such as beets and broccoli. Feel free to experiment with other vegetables, if you so wish!

This recipe was created by Sandra at vegansandra.com. Please click on the link to see the recipe!